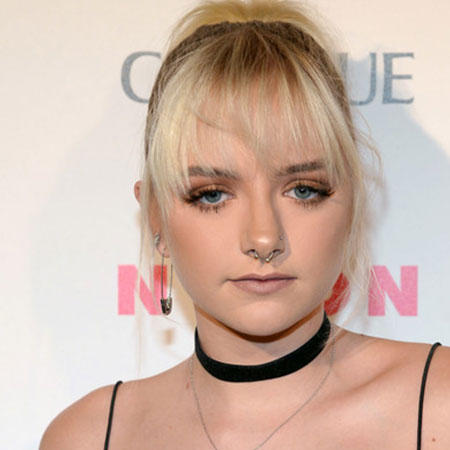 Among the parade of young and creative YouTubers, Maddi Bragg has created her separate brand on YouTube. She has been into a video making profession for more than five years (till 2016) and has been able to create a large circle of audience. She has been creating and uploading videos on various topics such as lifestyle, fashion look, beauty tips, and much more.

Born on 27 September 1998, Maddi started her career in video making when she was 12. She was raised along with an older sister and older half-brother. Maddi introduced her mother for the first time on YouTube in 2014.

She dropped out high school to enter an online school program. Having put in over five years in video making, she has been able to gain name and fame as a sensational YouTuber having more than 1.2 million subscribers on her fashion YouTube channel madisenrosebeauty1.

When asked in an interview about the starting of her YouTube channel, she said that she started her channel out of both boredom and interest of seeing what would happen if she were to launch her channel. Before starting her channel, she observed numerous beauty & vloggers’ channel on YouTube. After gaining some insight, she decided to initiate her channel on April 18, 2011, and since then she has never looked back.

Her fans especially credit her for consistently uploading videos on her channel.

In 2018, she has also launched her app. Through her app, she is trying to connect and talk to all the amazing people who happen to support her. She created the app just to make a place for everyone to talk with each other. Her second channel has surpassed 275,000 subscribers.

Currently ( 2016), she is in a relationship with her boyfriend, Jacob Taff, who is an aspiring electronic music producer and singer. In a video, she uploaded to YouTube on January 7, 2016,  her boyfriend Jacob was seen doing her makeup. The couple appeared to be upbeat together in the video.

This talented young YouTuber has been a source of inspiration for those who have been craving hard to get a position on YouTube. She often requests her fans to be true to themselves to be successful.

In the interview with tubefiler.com in January 2016, YouTube millionaire Maddi stated that she was hoping to start an original series, something related to styling.

She is an active user of Twitter, where she has more than 283K followers and has 75,000 vibe followers, making her one of the finest online stars currently. Moreover, she is a close friend to fellow YouTuber Amanda Steele.