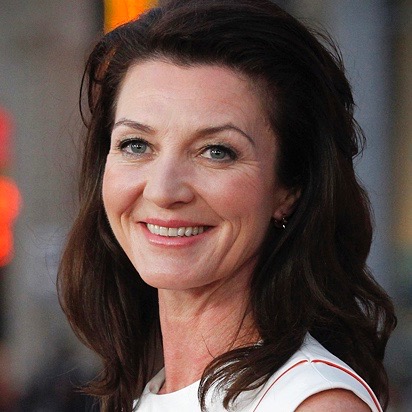 A famous personality of the film industry, Michelle Failey is an actress who is better recognized for her roles as Catelyn Stark in the HBO television series, Game of Thrones. Before that, she played as Mrs. Granger on the Harry Potter and the Deathly Hallows, DCI Rachel Jones in the movie, Montana etc. Similarly, she is a winner of Irish Film and Television award for being the best television series actress.

Michelle was born in July 1965, in Coleraine, Northern Ireland. She is a daughter of Theresa Fairley, mother, and Brian Fairley, father. Likewise, she has a sister named Simone Fairley. Reviewing her nationality, Michelle is British and she belongs to white ethnicity.

Beautiful woman, Michelle began acting since her early age. As a youngster, she became a member of the Ulster Youth Theatre. At that time, she completed her education from the Roman Catholic Grammar School and went to Belfast to honed her acting skills.

Michelle first appeared on the British television drama series Saracen as a role of Maeve in 1989. Her incredible acting skills gave her fame at a very short time which opened the door of Hollywood big screen. Afterward, she began appearing in multiple television series including movies and different plays.

Some of her television series, films and plays are listed below.

Currently, Michelle Fairley is working on her television series, Fortitude, The White Princess, Penn Zero: Part- Time Hero. Furthermore, she is also busy on her new up coming plays Julius Caesar which is going to be released on 2018.

Michelle started gaining a huge name after she displayed herself as the role of a queen (Catelyn Stark) of the Winterfell and wife of Eddard Stark (Sean Bean). Likewise, in the series, she was a mother of Bran (Issac Hempstead Wright), Arya (Maisie Williams), Sansa (Sophie Turner), Robb Stark (Richard Madden) and half son, Jon Snow (Kit Harington).

Youtube: Beautiful and talented actress, Michelle Fairley’s scenes in a game of thrones.

She gave her performance up to the third seasons. Nevertheless, she was killed during the Red Wedding. 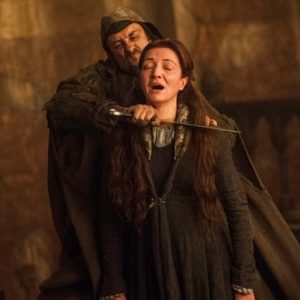 Michelle Fairley dead scene in GOT.

Aged 52, Michelle has been living a single life till the date. She might have been engaged in relationships during her past days but up to now, she has not revealed any names of them. She may in search of idle husband but has not got the appropriate one. However, there was a rumor floating in the air about her relationship with a mystery man in 2016 which she stated as false later.

Currently, the beautiful woman is focusing on her acting career and has kept herself away from relationships.

Game of Thrones actress, Michelle makes a good amount of money from her acting professions. As of now, she has played in various movies, television series and theatre play through she has accumulated huge money. As of 2017, her net worth is estimated at around $3 million.