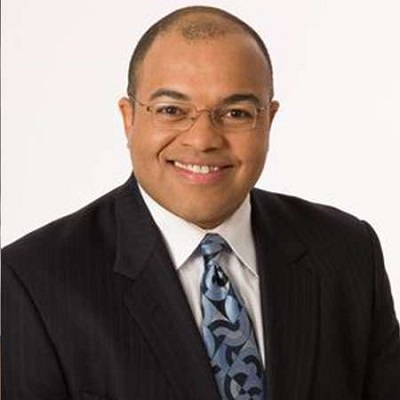 Mike Tirico is a professional American sportscaster. From 2006-2015, he worked as NFL play-by-play announcer on ESPN’s Monday Night Football for 10 years. Furthermore, he also called lots of programs like golf, tennis, basketball etc on the ESPN/ABC. Well, he also covered the networks FIFA World Cup along with his partner Bob Ley.

Mike Tirico was born on December 13, 1966, in New York, United States. He is the only son of Donald Tirico and Maria Tirico. His parents got divorced when he was just 4 years old. So he lost the contact with his father and his mother raised him. Tirico completed his early education from the local school. During his school days, he used to host different programs conducted by the school. Well, he is the graduate of the Syracuse University.

During his college days, Mike worked as a Sports Director at CBS affiliate WTVH-TV. After working for four years, he joined ESPN as a SportsCenter anchor. Well, while working at Sportscenter, he handled the versatile nature and the variety of assignments.

Thanks to the crew of American @ninjawarrior for a great visit which airs Monday at 8et @nbc #AmericanNinjaWarrior #lasvegas pic.twitter.com/bcW0q5f87h

From 1997 to 2015, Mike covered the golf coverage for ESPN/ABC. Besides this, he hosted different shows like ESPN’s Monday Night Countdown and ABC’s NBA studio shows. Well, he also broadcasts the NBA games on ESPN/ABC also did play-by-play of NBA finals for the ESPN Radio. Tirico also co-anchored the 2014 FIFA World Cup as well as the  2009 U.S. Open and  UEFA Euro 2016.

On  May 9, 2016, Mike signed for the NBC Sports and left the ESPN on June 30, 2016. He hosts the golf, basketball, football etc. He also broadcasted the 2016 Summer Olympics. Besides this, he is also the host of the network’s coverage of Olympics Games. Furthermore, he is also the play-by-play announcer for the network’s coverage of Thursday Night Football, NBC’s golf coverage as well as 2016 Ryder Cup.

However, on May 31, 2017, the network announced Tirico as their play-by-play commentator for all of NBC’s Thursday Night Football games. Furthermore, on February 9, 2017, he was also named as the studio host for the coverage of Football Night in America. Besides his broadcasting career, he has also worked in the radios. He worked on WAER radio,  Mike Tirico Show on ESPN Radio which was later named as The Scott Van Pelt Show.

Professional sportscaster Mike Tirico is blessed with a happily married and family life. Well, he is married to his beloved wife Debbie Tirico. 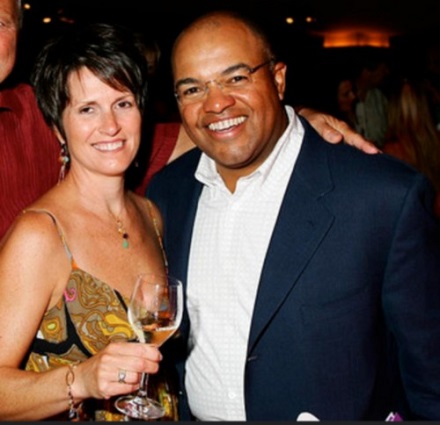 This couple has two children named Marv Albert and Bob Costas. Tirico is equally maintaining his professional as well as family life. Since 1999, he and his family are living in Ann Arbor, Michigan. Besides this, there are no any records of his other relationships. Moreover, there are no any rumors of his divorce. His nationality is an American.