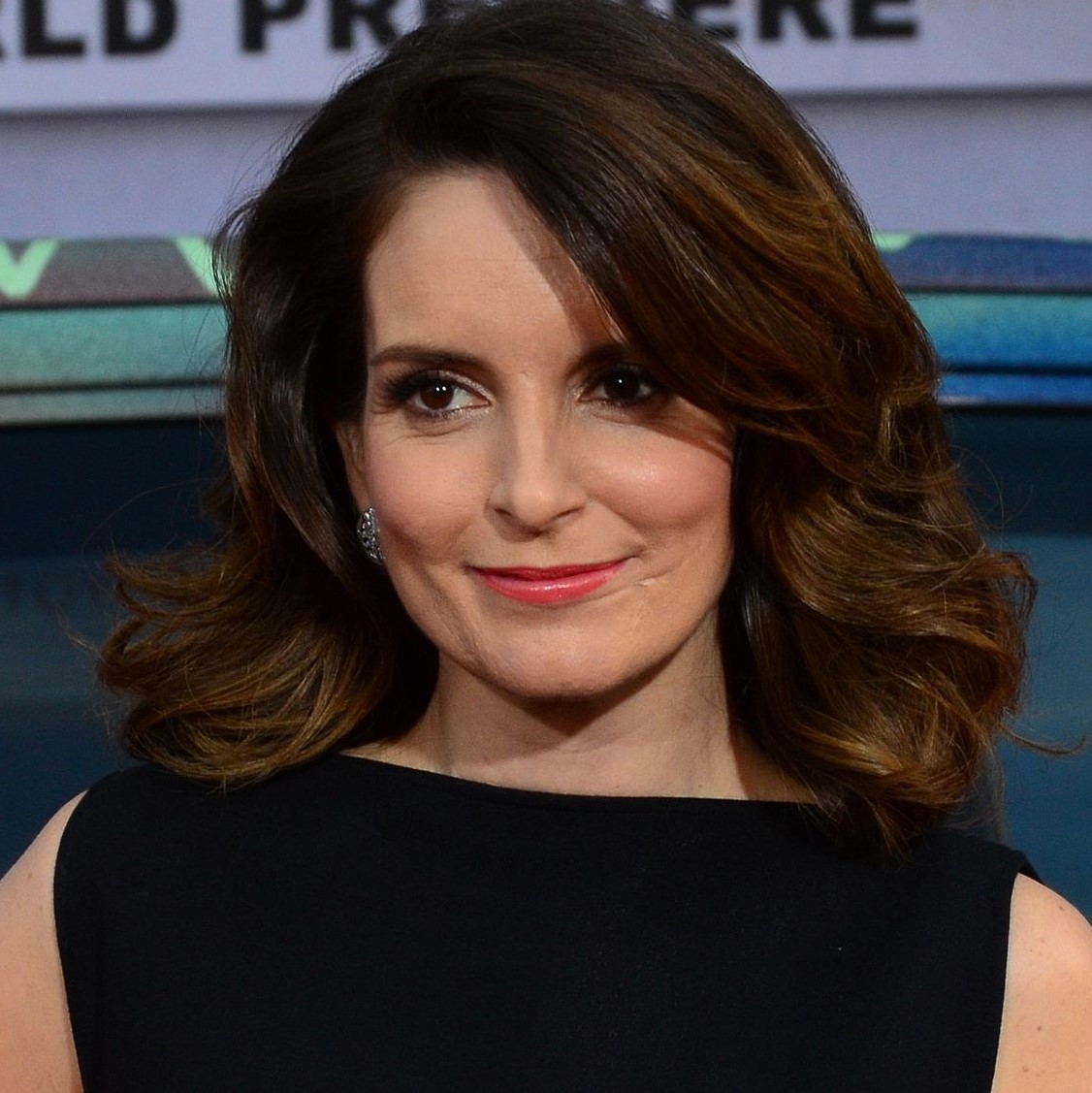 An American actress, comedian, producer and writer, Tina Fey is best known for her work on the NBC sketch comedy series, Saturday Night Live. Additionally, Fey is known for her comic portrayal of the former Governor of Alaska, Sarah Palin. She is a happily married woman and mother of two children.

Born as Elizabeth Stamatina “Tina” Fey” was born on 18 May 1970, in Upper Darby, Pennsylvania, USA. She is the daughter of Donald Henry Fey and Zenobia Xenakes. Her father was a university administrator for the University of Pennsylvania and Thomas Jefferson University. 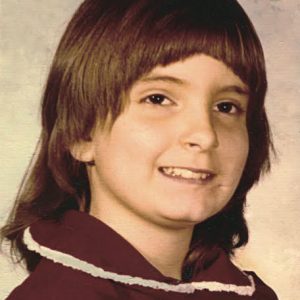 She graduated from there in 1998. After that, she attended the University of Virginia, where she studied playwriting and acting. At that time, she won the Pettway Prize. From the university, she graduated in 1992 with a Bachelor of Arts degree in drama.

Tina started her career as a co-editor of the school’s newspaper “The Acorn” while she was in high school. She also wrote the newspaper’s satirical column, The Colonel at the same time. After her graduation from the University of Virginia, she served as a receptionist at the Evanston YMCA. At the same time, she took classes at Second City at night.

In 1997, became a member of Saturday Night Live, where she worked as a writer. Since then, she works as a head writer for the program. In 2001, she obtained the Writers Guild of America Award for Saturday Night Live. The following year, she gained an Emmy Award for the same program. Besides that, she also earned a nomination for Writers Guild of America Award.

In 2002, Maxim magazine named her in the Hot 100 List. Since 2015, she portrays the character Marcia / Dr. Andrea Bayden in “Unbreakable Kimmy Schmidt“. She was nominated for Emmy Award in 2015 and 2016 for her role in the series.

Tina Fey is a happily married woman. She married to her husband Jeff Richmond, a pianist. The couple began to date each other in the mid-1990s. The couple’s wedding date was set on 3 June 2001. 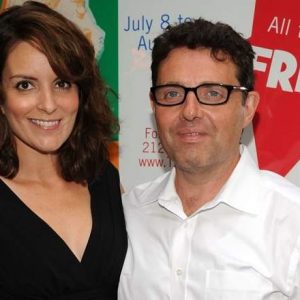 Tina Fey with her husband
Source::Heavy.com

As a loving spouse, the couple welcomed their first child, a daughter named Alice Zenobia Richmond on September 10, 2005. On August 10, 2011, she gave a birth to their second daughter named Penelope Athena Richmond. The couple has been married for 16 years now and their relationship is going very well. 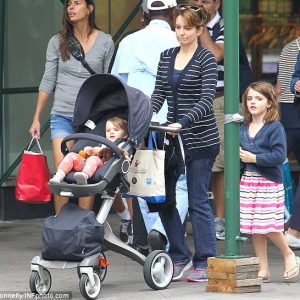 Besides that, Tina has been probed for her racial humor and racial comments on her shows. Fey’s new film Whiskey Tango Foxtrot has been criticized online for casting British actor Alfred Molina and American actor Christopher Abbott as Afghans. But the actress and producer said in an interview she required some backlash for that decision.

Fey has bagged nine Emmy Awards, two Golden Globe Awards, five Screen Actors Guild Awards, and four Writers Guild of America Awards. Tina earns a salary of $ 500 thousand per episode. She has a net worth of $ 65 million.To know more about her you can follow her social networking sites like Facebook, Twitter, and Instagram.