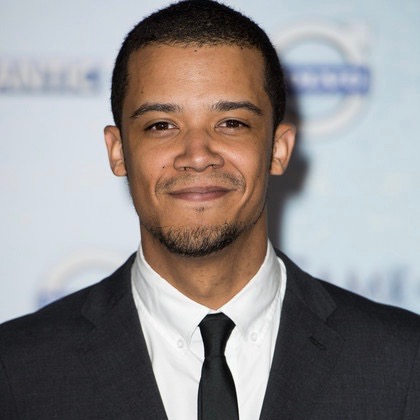 Jacob Anderson is a multi-talented personality who is best known for portraying a role of Grey Worm in the widely-popular television series, Game of Thrones. He is a singer, actor, and songwriter mostly known by the stage name of Raleigh Ritchie.

Jacob is currently dating his girlfriend, Aisling Loftus. The duo has been together for almost five years and they love each other very much and also supports on their day to day activities.

Jacob Basil Anderson was born on 18th June 1990, in Bristol, England to an Afro-Caribbean descent parent. His parents split when he was just 18 months old. Jacob often used to meet his father as a teenager but he said that he was closer to his mom than dad. Regarding his nationality, Jacob is British and belongs to black ethnicity.

Jacob first began his career as a vocalist in 2006 along with recorder, drummer, and DJ Typesun. A year after, they released a track entitled “Let Me Know” which was featured on the Adulthood soundtrack, titles I Need Love.

At the same year, Jacob Anderson made his acting debut as a role of Ryan Garvey in the series called, Doctors. Subsequently, he appeared in numerous television series and movies such as

Jacob’s breakthrough performance came to highlight after appearing a role of Grey Worm in the HBO fantasy television series, Game of Thrones in 2013. At that time, he worked with several television personalities such as Rory McCann, Jason Momoa, John Bradley-West, Isaac Hempstead, Michelle Fairley, Kit Harington, Nathalie Emmanuel, Sophie Turner, Maisie Williams and so on.

Youtube: Jacob Anderson along with Iain Glen & Nathalie Emmanuel on the Show’s Success;

Correspondingly, the year that Jacob made an appearance in GOT, he also signed to Columbia Records and released a free three-track under the name of Raleigh Ritchie.

Currently, Jacob is focused on series Game of Thrones and besides that, he has appeared in the Web Series called Game Grumps and Jack and Dean. Till the date, he has been nominated for MOBO, Screen Actors Guild Awards, and Urban Music Awards.

The dashing actor, Jacob is currently dating his girlfriend, Aisling Loftus. The boyfriend and girlfriend have been together for almost five years. The couple loves each other very much and also supports on their day to day activities.

Although the duo has been dating for a long time, they have not thought about getting married yet. Jacob is loving and a caring boyfriend as he often talks about his girlfriend in a different interview. He loves his family as much as his professions. Up to now, he has not bruited to other affairs and neither any rumors are spread about him.

Allocating information from several sources, as of 2018, it is estimated that his current net worth is estimated to be around $3 million.