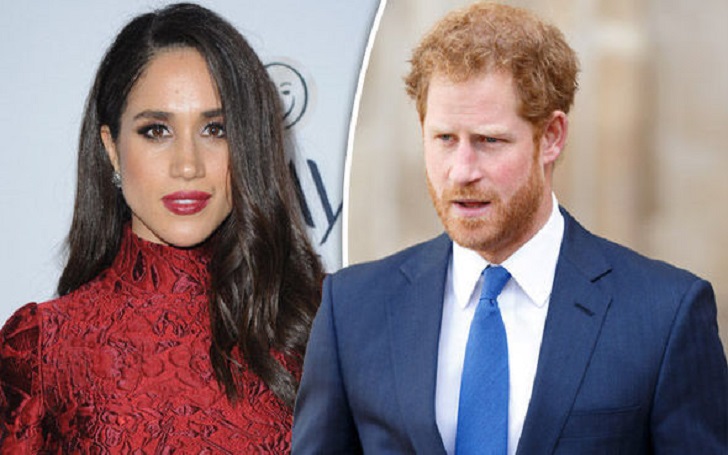 If you want to be TOGETHER, you have TO-GET-HER

And it looks as if Prince Harry really wants to get her. Yes, we are talking about Meghan Markle– an American actress. On 31st October 2016, Prince Harry started dating Suit star, Meghan Markle. And they are madly in love with each other.

Prince Harry in a Romantic Love Relationship with Actress-Meghan Markle

Prince Harry and Meghan Markle have been together for a year. And sources are telling that Harry is happier than he’s been for many years and there’s definitely chemistry between them.

The 33-year-old, Harry is planning to propose his girlfriend Meghan(36). And both of them admitted that they are in love with each other. So do you wanna know that how did they meet? Well, Meghan met Prince Harry in Toronto while lunching the Invictus Game.

According to Us Weekly,

“They had gotten on when they first met but it was just as friends,” but then “developed romantic interests in each other and, before you knew it, they were texting every day.” By the end of the month, Meghan began following Harry’s private Instagram account.

Harry introduce Meghan to his family

On 1st Nov 2016, Harry and Meghan attended a Halloween party together in Canada. The People magazine reported, Harry already introduced his new girlfriend to his father- Prince Charles and Harry is pretty serious about her and she’s serious too.

Meghan visited the family’s Balmoral estate for a shooting party in September 2016. And he introduced her to his brother Prince William and do you know – that William is very happy for his brother.

Meghan has been spotted wearing a delicate gold necklace and the necklace contain the letters ‘H’ and’M’ on it and also a gold ring.

Prince Harry took a big step in their relationship when he brought Meghan to his best friend’s wedding in Montego Bay, Jamaica. An insider told Us Weekly:

“Meghan was laughing and put her arm around Harry’s back as she spoke. People were coming up to Harry and he got up and hugged and kissed each one on the cheek. Each time someone came up to Harry, Meghan stood up at the table to greet the friend as well. She was holding Harry’s hand or rubbing his back as he spoke to his friends and she seemed comfortable.”

Harry introduce her to his friends, family and to the whole world. We hope that he will soon hit the wedding bells in upcoming days.

for more updated be with us Dodoodad.com.