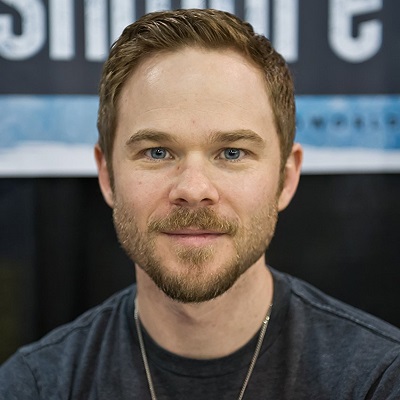 Shawn Ashmore is one of the renowned Canadian film as well as a television actor. Ashmore is widely known for his prominent role of Jake in the television series Animorphs. Well, he has starred in the movies like X-Men as a Bobby Drake/Iceman, The Ruins, Frozen etc. Furthermore, Ashmore also plays the main character in the 2016 video game Quantum Break as a Jack Joyce.

Ashmore met his future wife Dana Wasdin while filming movie Frozen. On 27th July 2012, this couple tied a knot with each other. This couple is blessed with a son Oliver.

Shawn Ashmore was born on 7th October 1979, in Richmond, Canada and was raised in St. Albert, Alberta and Brampton, Ontario. Ashmore is the son of a homemaker Linda and a manufacturing engineer Rick Ashmore. His brother Aaron Ashmore is also an actor.

Both of them have appeared as a twin role in many movies. Shawn Ashmore attended Turner Fenton Secondary School from where he completed his early education. However, he is the graduate of Earnscliffe Senior Public School.

Shawn Ashmore is widely known for his outstanding role of Iceman in the movie X-Men along with co-stars Hugh Jackman, Patrick Stewart, Stan Lee, Anna Paquin, Ian McKellen and others. Well, he also reprised his role as an Iceman in The Super Hero Squad Show which is an animated series. Furthermore, he also gives the vocal roles of X-Men in the X-Men: The Official Game.

In 2002, Ashmore acted in the movie Cadet Kelly as a role of Cadet Major Brad Rigby. However, he acted as a guest role in the movie Smallville in which later his brother acted in a leading role of Jimmy Olsen.

Later, Ashmore starred as a leading role in the movie SciFi Channel miniseries Legend of Earthsea, in December 2004. In the following movie, he appeared in a role of Ged, a young wizard-in-training.

However, in 2005, he starred in the CTV TV movie based on Terry Fox’s historic run across Canada. Besides this, Ashmore also starred in the horror movie The Ruins in 2008. In 2010, he acted in the dramatic thriller movie Frozen of  Adam Green.

Recently, Shawn Ashmore appeared in the Quantum Break, a video game developed by Remedy Entertainment. Well, it is published by Microsoft Studios and features in the TV show where he plays the leading role as Jack Joyce. Since 3rd October 2016, Ashmore is starring in the drama ABC, Conviction and also starred in the movie Home Invasion.

Versatile actor, Shawn Ashmore is successful in his both professional as well as personal life. Ashmore met his future wife Dana Wasdin while filming movie Frozen. Well, on 27th July 2012, this couple tied a knot with each other.

This couple is blessed with a son named Oliver to whom they welcomed in 2017.

Accounting his financial status, Shawn Ashmore has earned a decent amount of money from his acting career. He has already featured himself as one of the renowned Hollywood actors and portrayed in several hit movies.

Allocating information from several sources as of 2018 it is found out that his current estimated net worth is around $1 million. He is living a lavish life with his wife along with his children happily. They also has a dog name LUCKY