Seth Meyers Supports Eminem Slamming Donald Trump, Know What He has to Say to Trumps Fans 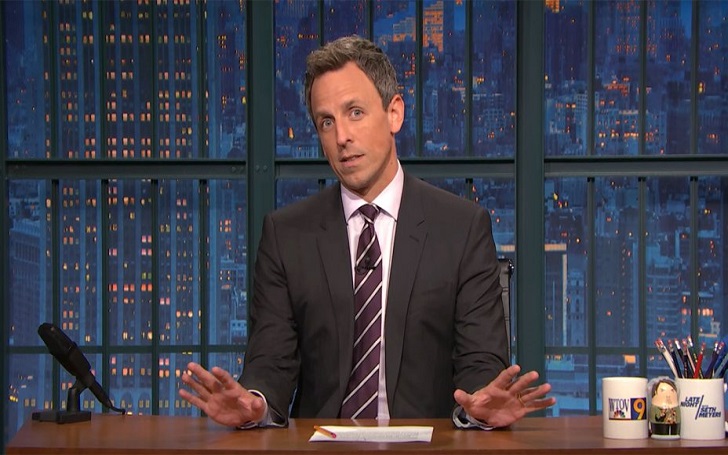 Seth Meyer also had his own 8 miles moment after Eminem’s freestyle rap slamming Trump. The night after Eminem’s performance, Seth said he was inspired by that the moment when Eminem literally gave the middle finger to all of his fans who might also support President Donald Trump.

The Late Night host had some words for his fans

The show Late Night with Seth Meyer, the host addressed the rapper freestyle. Do you wanna look? Here’s is it,

“Powerful stuff. To any fans of this show who are also fans of Donald Trump, it’s time to make a decision, guys.”

And he tried his own hand at a dropping rhymes:

“My name is Seth and I’m here to say if you like Trump then go away.”

Meyer wasn’t only the host across the late night to address Eminem rap; Jimmy Kimmel also dropped the rapper in his opening monologue. He said:

“The big story out of BET last night was Eminem launching a five-minute freestyle attack on Donald Trump. It was very well-done. He even found a way to rhyme the word “orange” – which had been previously thought impossible.”

Eminem closed the rap by saying people who don’t support the president love the military and the country, but “hate Trump.”And we think that:

Let’s see what will be the response.